Fr. Burch was raised in Chugiak, Alaska, where his family helped found a small, semi-rural mission congregation. He attended Gustavus Adolphus College in St. Peter, Minnesota, where he studied Religion and Russian Language as well as Music. Directly after graduating, he began Master of Divinity studies at the Lutheran School of Theology in Chicago. He graduated in 2004, then spent one year as a Chaplain Resident at Rush University Medical Center in Chicago. After being endorsed for healthcare ministries by the Rt. Rev. George Packard in 2005, he worked as a professional Chaplain for eight years. He ministered in hospice, intensive care, and emergency clinical areas. He was ordained to the priesthood in January 2014 by the Rt. Rev. Jeffrey Lee and called as the Associate Rector at St. Chrysostom.

Ian began as rector of St. Mark’s on January 1, 2016. He is particularly interested in church growth and finding clever ways for parishes to serve God in tangible ways in the community. He is also interested in how holy liturgy shapes us for Christ’s service in the world as well as the different ways a parish can be a powerful partner with other local community organizations for the support and aid of those in need.

He lives with his husband Travis Trott, a social worker and therapist. They enjoy travel and are excited to learn more about Milwaukee.

Michelle has been serving as St. Mark’s deacon since 2002. She is a trained community organizer. Prior to her ordination, she served as the Executive Director of The Gathering, an ecumenical ministry providing food for those in need. She serves as the leader of the St. Mark’s Common Ground Core Team, neighborhood liaison, and coordinator of our newcomer engagement ministry (Shepherd Ministry) and Pastoral Care Team.  An avid gardener, Michelle oversees the St. Mark’s Community Garden and helps to make our grounds and neighborhood a beautiful place. You will often find her sharing her culinary gifts in the St. Mark’s kitchen. Michelle loves meeting with people who are new to St. Mark’s, and will happily answer any questions you might have about our parish community or outreach ministries.

Mr. Wolff, M.M.A, M.M.A, did his undergraduate work at Marquette University, where he studied English Literature, Fine Arts, Philosophy, and Theology, taking his baccalaureate degree in English Literature. His Master’s degrees are from Bowling Green State University, Ohio, in Organ Performance and Music Composition. He has had numerous commissions of compositions and his music works are published by GIA, Belwin Mills, and Thomas House. He has over 250 original compositions and he puts on from 80 to 100 concerts a year in churches and venues in the greater Milwaukee area with Prata (a horn and piano/organ duo with Mike Keegan, French Horn), Procyon (a jazz duo with Todd Domenget, string bass) and as a soloist (piano and organ). He has recorded with Todd Domenget, Justin Wolff, and Mike Keegan.

At St. Mark’s, Steve has organized an Artist in Residence Program which involves the regular participation at Sunday worship of Artists in Residence in Trumpet (Mark Niehaus), French Horn (Mike Keegan), String Bass (Todd Domenget), and Composition (Steve Rohde). His philosophy of worship entails what he likes to consider an Outreach of Joy, whereby he hopes that a joyful spirit will awaken and deepen Christian faith. He wishes with his music to splash the joy of the resurrection across the walls of the church and out into the streets.

Sara has been at St. Mark’s since May 2014. She produces the weekly bulletins and other parish publications, coordinates the church calendar, maintains our web presence and social media, and provides a welcome presence in the office. In addition to her work at St. Mark’s, Sara is also the Communications Officer for the Episcopal Diocese of Milwaukee. Sara is also active in the music scene around Milwaukee and sings regularly with the Milwaukee Chamber Choir and Musicā Oramus. 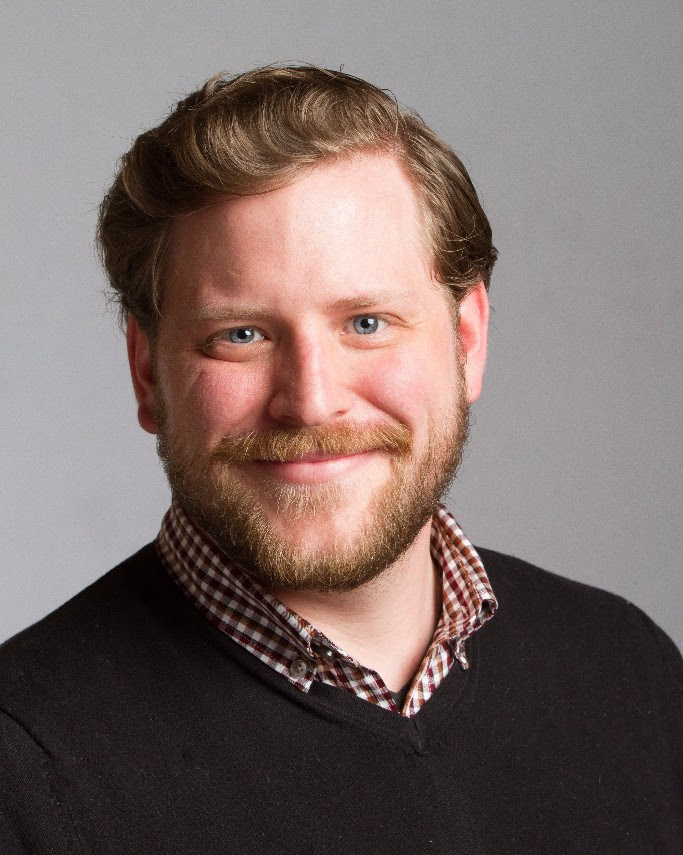 A life-long Episcopalian, Matt Phillips was born and raised in the south suburbs of Chicago. He attended the University of Illinois at Urbana-Champaign where he received a B.A. in Religious Studies with concentrations in both Judaism and Islam. Upon graduation, Matt joined the Julian Year—part of the Episcopal Service Corps—in Chicago to complete a year of service to his community as well as St. Chrysostom’s Episcopal Church. After completing his year of service, Matt was called to continue his ministry as St. Chrysostom’s Director of Youth Ministries.

Matt began as Director of Campus and Youth Ministries at St. Mark’s on July 1, 2017. His deepest joy is found in helping God’s people form and articulate their beliefs in the hope that they embody those beliefs in their communities. His goal in ministry is two-fold: to help others know God’s love for them and to equip them to go out and do the same.

Matt and his wife, Sarah, live in Milwaukee with their dog, Indiana Jones, and cat, Obi-Wan Kenobi.